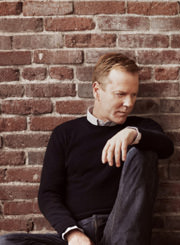 Martin Bohm (Kiefer Sutherland) is a widower whose young son, Jake, is living with autism and doesn't speak. At the end of his rope over his inability to communicate with his child, Martin discovers that Jake is indeed communicating -- but with numbers instead of words. Martin must decipher the meaning in order to connect the numbers to a group of seemingly unrelated people who affect one another in ways that are both seen and unseen. Martin gets help from a discredited, aging professor who offers an unorthodox theory about Jake and his rare ability.
© Smart Post Sound, Inc. 2020 (All rights reserved)