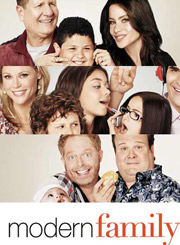 Told from the perspective of an unseen documentary filmmaker, the series offers an honest and often hilarious perspective of family life. Parents Phil and Claire yearn for an honest, open relationship with their three kids. But a teen who is trying to grow up too fast, another who is too smart for her own good, and a rambunctious young son make it challenging. Jay and his much-younger wife are raising her son together, but people sometimes mistake Jay for his wife's father. Meanwhile, partners Mitchell and Cameron have just adopted a child from Vietnam, which poses a different set of challenges.
© Smart Post Sound, Inc. 2020 (All rights reserved)