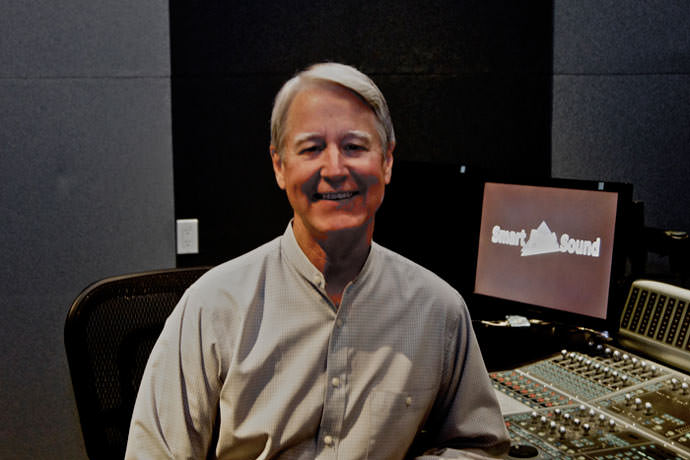 A film producer and production executive in the ‘70s, Michael traveled around the world to film in the most exotic locations on the planet, and was responsible for producing Joni, No Longer Alone, The Prodigal, and dozens of documentaries and advertising pieces.

In 1984, he decided to make a career change and pursue sound design and supervision at Echo Sound Services. He quickly became one of the most sought after talents at the company, demonstrating a consistent ability to win both clients and awards.

In 1992 he became Executive Vice President of Echo Sound Services and oversaw many projects, including Dinotopia and In the Beginning at our division in London, England.

Mike lives in Brea, California with his wife, Sabrina Plisco.

He has won 9 Emmys, more than a dozen Golden Reels, and more nominations than he can remember.